5 Things to Expect From Your First Skydive

Skydiving for the first time? How exciting! We know there is technically a first for everything, but first skydives are especially memorable. Just ask around the dropzone on any given afternoon. Even the most experienced instructors remember their very first skydive.

With your first skydive just over the horizon, you might be wondering what you’ve gotten yourself into. From the grapevine, you may have heard it’s unlike anything you’ve ever done—which, understandably, doesn’t leave you much to go on. So, we are here to set the record straight and give you a little taste with 5 things you can expect from your first skydive.

Number One: Skydiving Is Not Scary

Before you think we are simply bonkers for saying that jumping from a “perfectly good airplane” is not scary, allow us to explain.

In many instances, what our minds conjure up is so much worse than the real thing. In part, this is because the anticipation we build around things we deem scary is much more monstrous than the thing itself. It’s similar to how you convinced yourself as a child that there was a billowing fiend at the end of your bed instead of the hooded sweatshirt you left hanging from the back of a chair. Well, getting yourself worked up about skydiving pretty much is the adult equivalent.

There’s definitely time for fear to settle in as you gear up and during the ride to altitude, but once you leave the door of the aircraft that fear dissipates, and what is left in its stead is a feeling of unadulterated freedom—a kind of freedom it’s unlikely you’ve ever felt before. We’d go so far as to say it’s a type of freedom that fear personified would be afraid of. Once you experience the freedom of freefall on your first skydive, nothing can hold you back, and sim 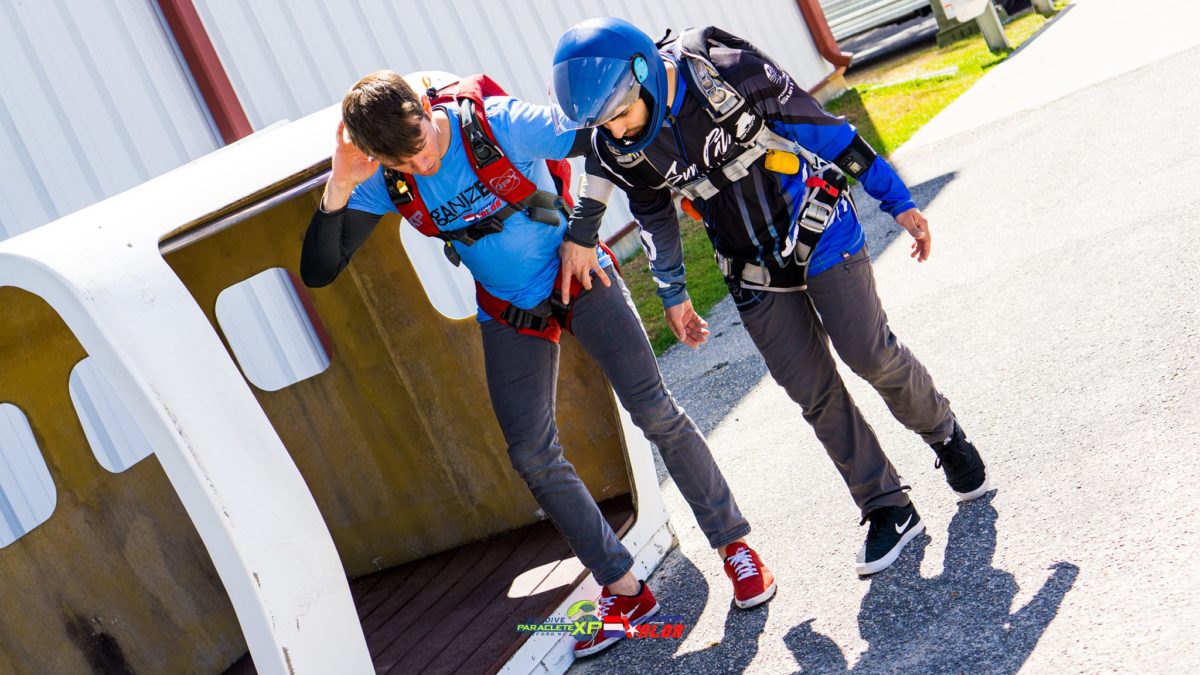 Simply put, fear loses its hold on you.

Number Two: You Don’t Feel Like You Are Falling

Freefalling is a bit of a misnomer. Theoretically speaking, an object undergoing freefall is falling under the sole influence of gravity. However, as you experience “freefall” here on earth during your skydive, you’ll encounter air resistance. As you fall, you will pick up speed, and as you increase your speed, there is an increase in the amount of air resistance as your body collides with air molecules. Eventually, the force of the air resistance balances the force of gravity. During a skydive, this is reached mere moments after you exit the aircraft.

So yes, you are falling free through the air, but unlike the lurching stomach sensation that accompanies a drop or fall, because you reach terminal velocity you will feel like you are being supported by the air. Honestly, “freefall” is more akin to floating than it is to falling.

Number Three: It Is A Rush Unlike Anything You’ve Felt Before

There’s an undeniable rush that accompanies leaving your comfort zone—especially when that means exiting a plane 14,000 feet above the ground to reach speeds of 120 miles per hour. Biologically, skydiving triggers the “fight or flight” response. When this happens, your body is flooded with a superhero chemical cocktail that includes adrenaline.

This adrenaline rush results in increased stamina, mental acuity, and general feelings of euphoria. The immediate rush will abate within a few hours of landing, but many people ride the wave of good feelings the rush unleashed for days to come! 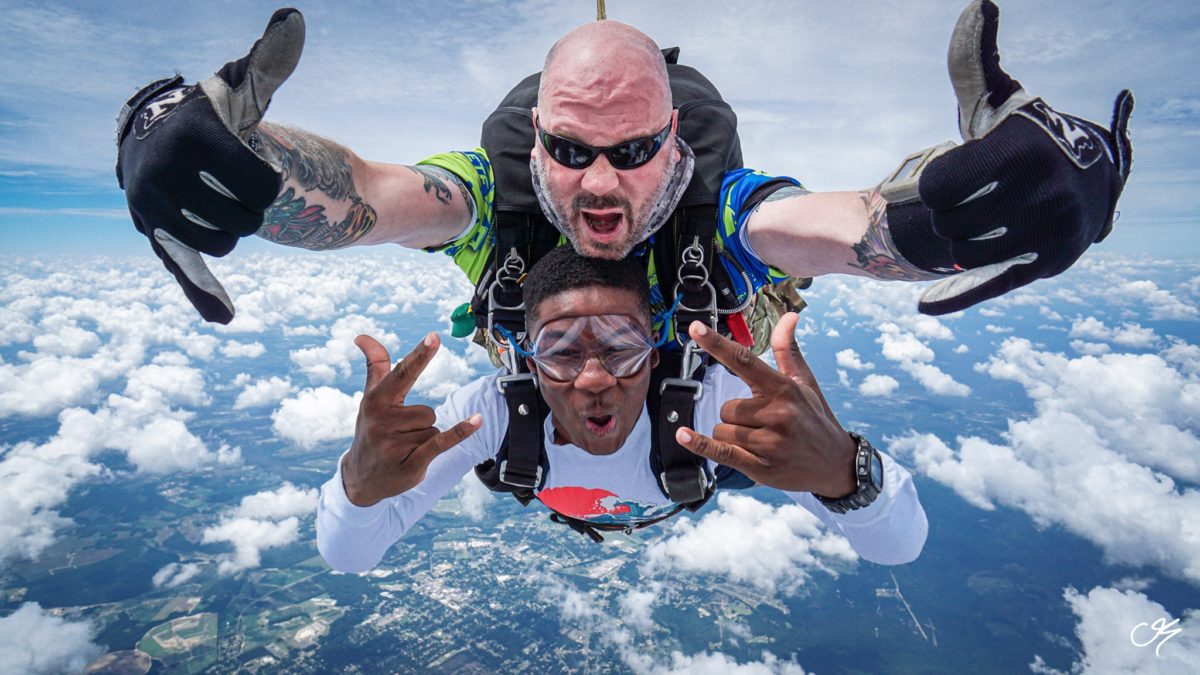 Number Four: The View Is Unlike Anything You’ve Ever Seen

If you’ve flown commercially, you might think you’ve already seen the world in miniature, what could be that much better about seeing it up high on a tandem skydive?

Well, the difference is in how you are experiencing that view. On a commercial flight, you’re tucked into a rather uncomfortable seat (sometimes lucky enough to be by the window) seatbelted into a flying bus. On a tandem skydive, you’re out of the vehicle and into the element. The view as you peer from the ledge of the door of the plane teetering on the edge preparing to exit is a whole lot more dramatic. Likewise, once the parachute opens and you’re literally eye level with towering formations of clouds, you may very well end up with a new definition of a breathtaking view.

Number Five: You’ll Be In The Moment

The tedium of the day-to-day lulls us into a state of near dissociation—we go through the motions: wake up, work, home, sleep, and repeat. We might even break up the routine with distractions: scrolling hours on end through social media. But, rarely, do we do anything that really makes us feel connected to the present moment.

With skydiving, there is nothing else but the present moment. On your first skydive, you are completely immersed in the experience. Instead of darting from hither and thither like a hummingbird around a blooming bush, you’ll find your mind centered solely on this experience. On your first skydive, everything else fades away. Although considered extreme, skydiving often brings a true moment of zen.

Now that your expectations are set, let’s take the next step. Call or click to schedule your first skydive with Skydive Paraclete XP today!