The need for speed: you’ve got it, and we are here to satisfy it!

If there’s one thing you can be certain of on your skydive, it is that you’re going to naturally reach speeds you’ve likely never felt before. Thanks to gravity, your fun, fast freefall from 13,500 feet will have you reaching speeds of up to 120 mph. Lean in close for a secret: the kicker is you probably won’t even notice!

Many things affect how fast you fall when skydiving, and as impressive as 120 mph sounds, in the grand scheme of things, 120 mph is actually at the lower end of the skydiving odometer. Between jump type, body position, and terminal velocity, there’s quite a bit to explore. Let’s get to it!

The Science Behind Falling

On this planet, gravity is exerted as a constant force of 9.807 m/s². Now, if all falling objects were the same size, they would fall at the same speed. However, as we well know, objects have different shapes, sizes, and masses. 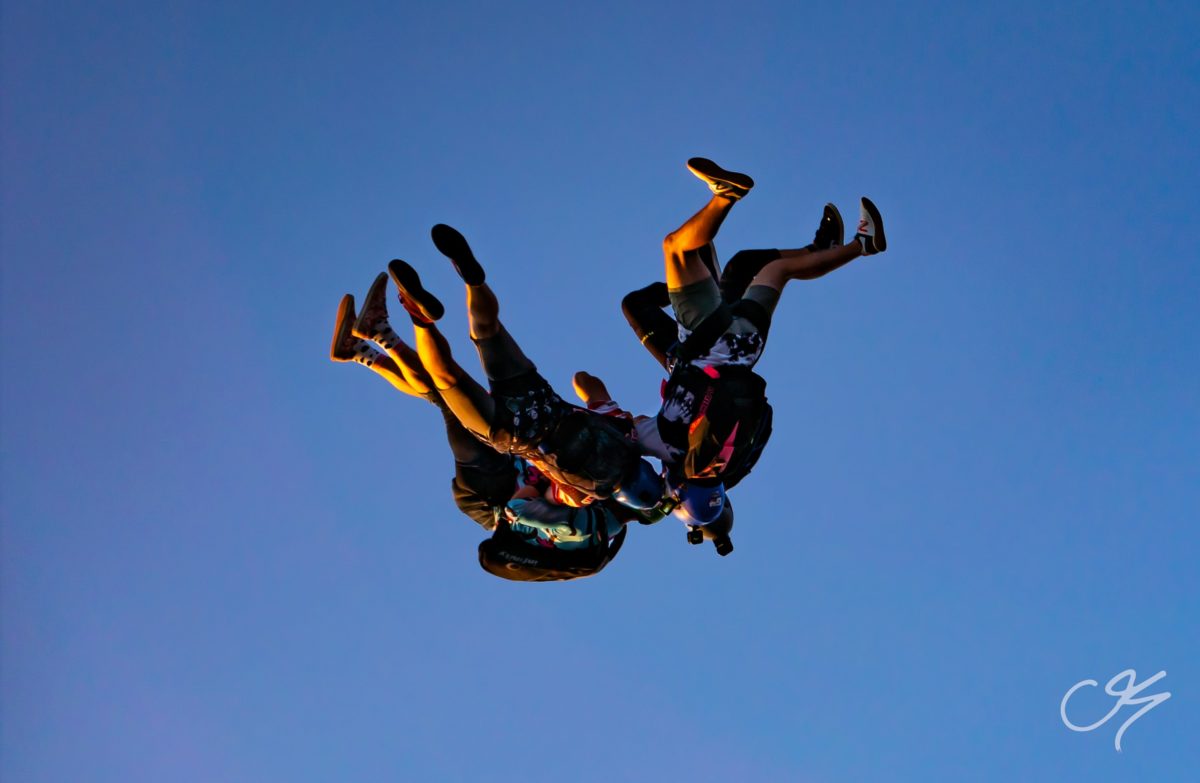 Tandem Skydiving Was Almost Too Fast

In the early days, there was one major problem that had to be addressed before there was any hope of taking tandem skydiving mainstream: the combined mass of two individuals caused the fall rate to be too fast for a safe, successful parachute opening. To solve this problem, a device called the drogue was created. The drogue is essentially a “mini” parachute that helps increase drag and reduce fall rate. Thanks to the invention of the drogue, the standard speed reached during a modern tandem skydive is 120 mph.

You may be surprised to learn that the freefall sensation feels nothing like a roller coaster. The stomach-sinking feeling that you experience on a roller coaster is due to a drastic change in speed. When you make a skydive, the plane you are traveling in is flying at about 80-90 kts (or roughly 100 mph). Within the first 3 to 5 seconds after exiting the aircraft, you will reach terminal velocity of 120 mph. Because there is not a significant change in acceleration, the sensation of freefall is more akin to floating than it is to sinking or falling. 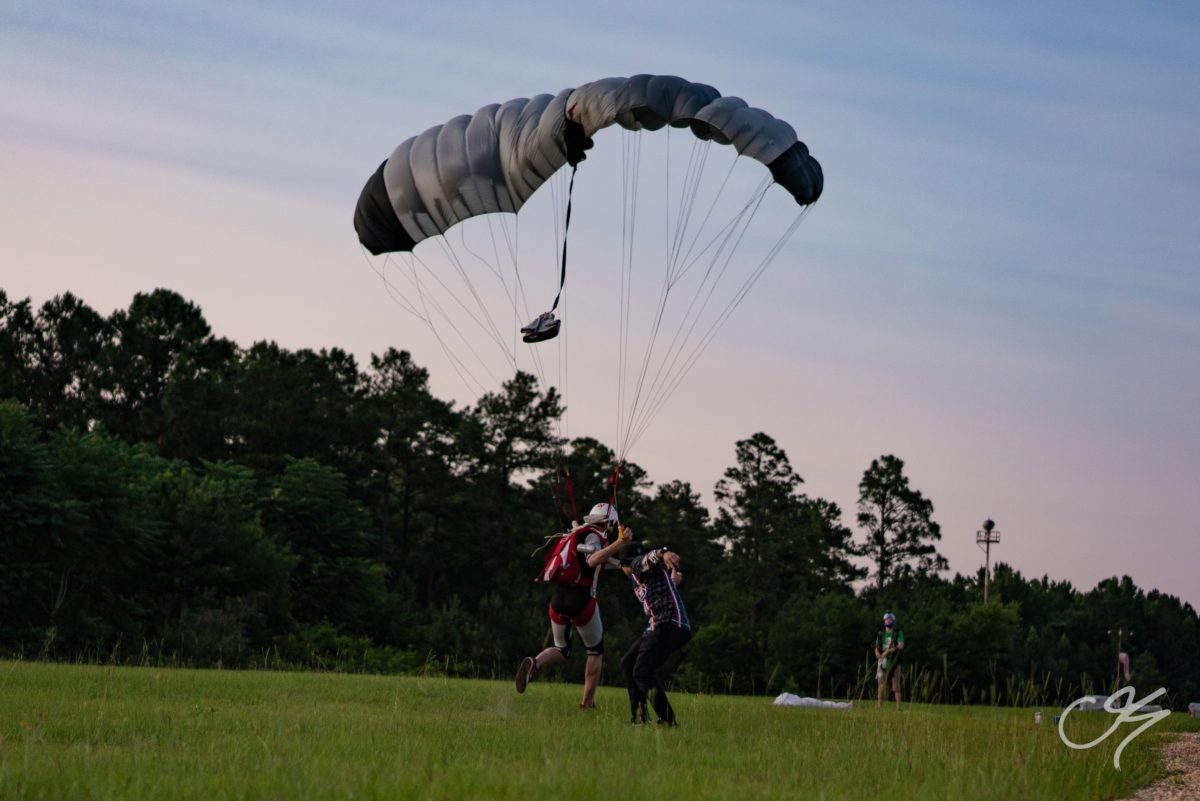 Skydivers Can Change Their Terminal Velocity

Because terminal velocity is affected by the drag/air resistance of an object, it is possible for jumpers to manipulate their bodies in a manner to change their terminal velocity. Simply put, to make yourself fall more quickly, get smaller. To fall more slowly, get bigger – meaning introduce more surface area and create more wind resistance.

The wind resistance produced by a falling skydiver can also be manipulated to produce drive and to create movement on each axis. This is how skydivers are able to turn right and left and to move forward and backward.

Skydiving Speed Varies Based On The Type Of Skydiving

While the speed 120 mph is most often associated with skydiving, it only reflects a fraction of the bigger picture. It’s simply the average speed someone falls in a belly-to-earth orientation. There are other orientations that can produce even greater speeds. For example, jumpers who are able to fly in positions where they are head-up or head-down easily reach speeds of around 160 mph.

There is also an entire skydiving discipline dedicated to falling as quickly as possible. Aptly, the discipline is called “speed skydiving.” The speed that these folks often reach is nothing to snuff at. The current Guinness World Record holder for the fastest speed in speed skydiving is Henrik Raimer, who reached a maximum speed of 373.6 mph during the 2016 FAI World Championships! Impressive, right?

So, are you ready to fall for skydiving? Book your first jump with Skydive Paraclete XP today!