Freestyle skydiving team Axiom XP — the joining of the forces of nature known on the ground as Jason Brigmon and Josiah Rich — has one stated goal: in their words, “to have fun and give people something they enjoy watching.” The inside story on that is a little, well, bigger. The fact is that they’re taking Euro-style flying to the US in a big way, turning heads and dropping jaws left and right, and Paraclete XP couldn’t be prouder to support that mighty effort. Want to get inspired? Well: Here’s Axiom’s origin story. It oughta do the trick. 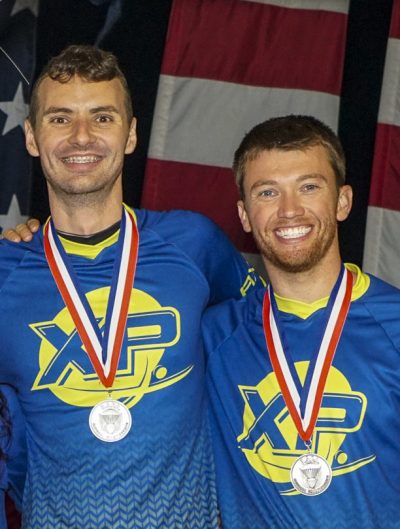 “I used to race motorcycles,” Jason says, “and one of my sponsors invited me to a boogie. I had no idea what a boogie was. I ended up watching people have fun skydiving, and it seemed like something I wanted to be a part of. Two weeks later, I took a first jump course. That was 2012, and I have been jumping ever since.”

“It was slow, at first,” he adds. “Because I started at a small, Cessna drop zone in Tennessee. I moved to Raleigh to go back to school and started jumping out of bigger planes. I ended up picking up a job close to Paraclete. Honestly, I think that’s probably the main reason I still live in this area and haven’t moved back to Asheville. When you’ve got the best drop zone in the USA an hour and a half away, you want to stay close to it.”

Jason’s affable teammate Josiah’s beginnings in the sport follow a more classical path. In 2011, he did a tandem with three of his friends. They checked it off their bucket list and moved on; Josiah wanted to go back for more. He started off focusing on RW, to much success. (In 2013, during his first-ever comp experience, his intermediate 8-way team won gold at Nationals.)

“There aren’t a lot of jumpers in North Carolina,” he says, “so especially if you’re a proficient freeflyer, everybody knows everybody.”

As such, the two athletes’ paths had crossed regularly over their early years in the sport. In 2015, they did a week membership at Paraclete XP wherein Josiah, Jason and two other guys from New York pooled their resources and bought as much time as they could afford.

“We flew a whole bunch of time in one week,” Josiah remembers. “It was really awesome. Everybody got to improve their flying significantly. It gelled really well. [Jason and I] liked flying together. We both have similar styles of flow. We are passionate about some ways of flying and against other styles of flying. We both constantly strive to fly clearer and more efficiently. I think that was a bit of a catalyst for things further down the road.”

It took a couple more years for things to get official. For 2015 and 2016, Josiah was behind the camera on a freestyle team with Angela Hsu. The pair went to Chicago for the world meet in 2016. It was Josiah’s first experience in international competition. 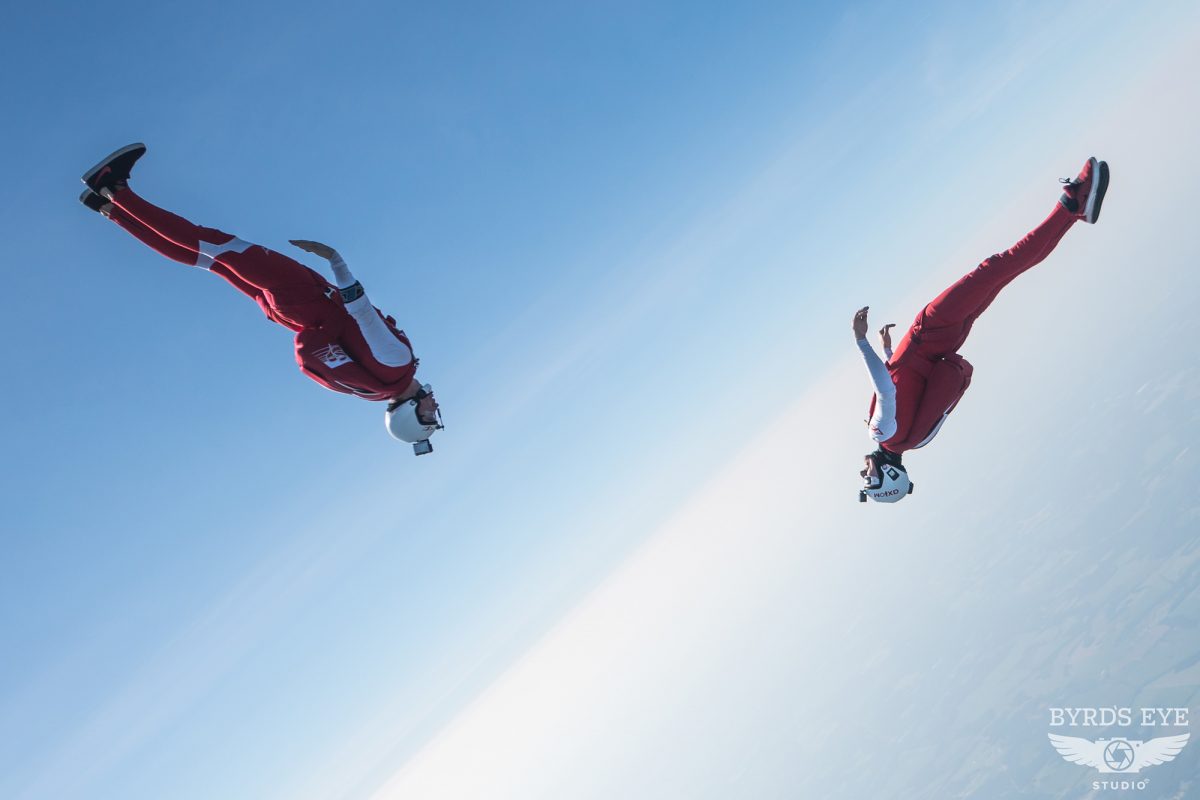 “It was awesome, but we were not as prepared as I would have liked to be,” he remembers. “It was a huge learning experience to see how much different the flying was outside the US. I returned from that meet keen to look internationally for freestyle skydiving inspiration. I shared that idea with Jason and looked at some videos from other countries to see what they were doing. We just chatted about it; said, hey, let’s do some jumps for a little bit and see if we like this and see if we are both on board; just to see where it goes.”

It was at the beginning of June 2017 that Axiom XP, as we know it today, officially got started. The pair started their three-and-a-half months of training a bit late in the year — a selection year, no less — but they did well at the Nationals, and things got serious quickly.

“After Nationals we sat down,” Josiah says, “and we said, okay, if we are going to compete at a world level, we are going to have to start getting serious. There’s much more to this than jumping for fun on the weekend. That’s when we started looking at our 2018 training schedule, and looking at getting coaching.”

“Paraclete is our home DZ,” Jason continues. “That’s where we train. It’s also where we fun jump. [Paraclete] is very team-oriented. You go to Paraclete to get good. You go there to learn. It is very competition focused. It was pretty much a no-brainer to stay here for training.” 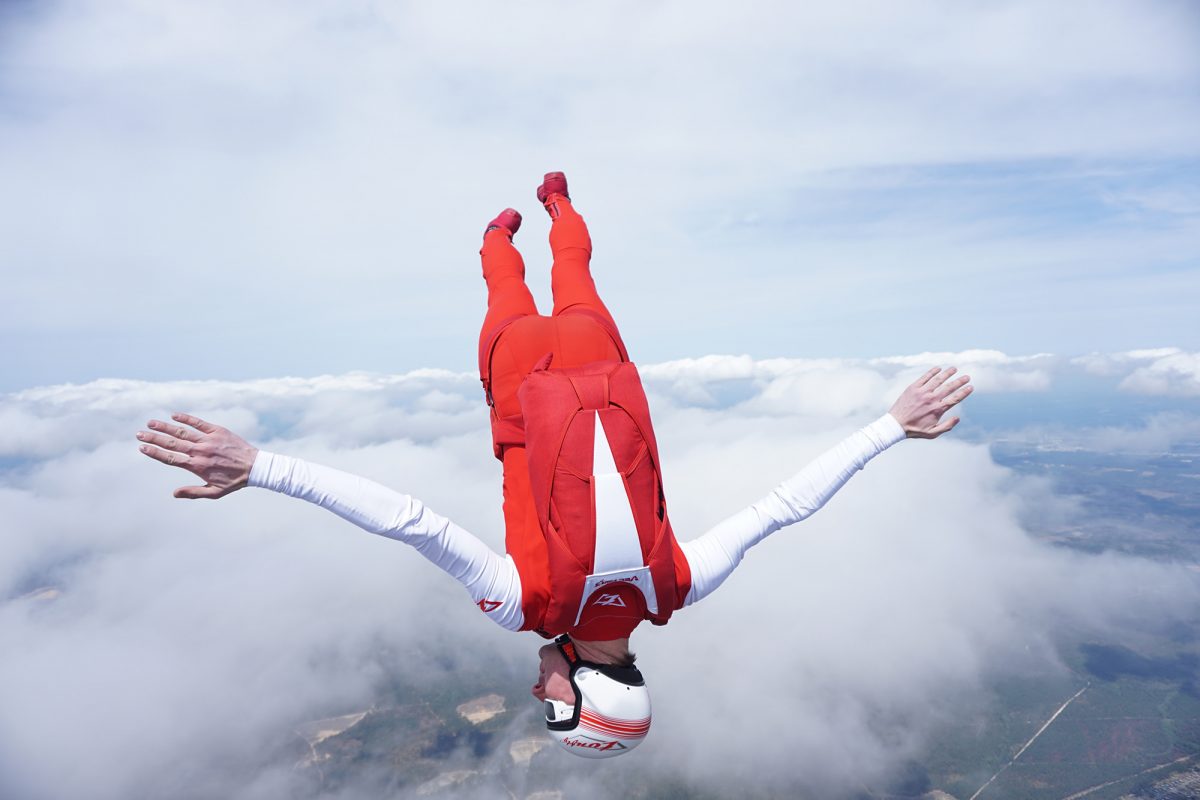 It’s not just their home DZ they’re passionate about. They’re missionaries of another screed, too: that of their chosen discipline.

“We want more people to do freestyle,” Josiah grins. “It is an awesome discipline, and really under-appreciated, especially in the US, because most people don’t understand it. They think you have to fly a certain way, but that style they picture is often very outdated. We have a different vision for freestyle and how we like to flow; to take what is being done in the tunnel and how people are using their bodies to move efficiently in the wind. Pointed toes, for example — that’s doesn’t do much for efficient flying. The layout body position, however, is very efficient.”

In just a few days, Jason and Josiah head to Nationals in Chicago. From there, it’s on to the Gold Coast in Australia, competing at the World Championships as USA Team 2. It’s the first visit to Oz for both, and it’s going to be a corker.

“Balancing our nine-to-five jobs with skydiving has been a challenge. Some members of the US Team work within the sport, giving them added flexibility for such an important competition,” Jason laughs. “We are weekend warriors.”

“We are using up all our vacation days for this world meet,” Josiah adds. “We will get there one day before opening ceremonies, two days before competition.”

“Freestyle is cool in one aspect,” Jason muses, “because it is very creative and you get to come up with stuff — but that can also be mentally draining. It can definitely take it out of you in the creative sense. Unlike most disciplines where you are turning points, in freestyle you have 45 seconds of unlimited options to fill as best you can.”

“You have to be creative,” Josiah adds, “but you also have to know when to stop and shut down the creativity and focus on what you have. You could end up changing up everything until the very last day, and that’s not a good competition strategy.”

“As we become better flyers,” he continues, “we also raise the standards for ourselves. What was acceptable three months ago is no longer acceptable. We want to be tighter; more precise; in the right position every single time. That’s what’s cool about this team — we both have that same drive, that same desire for excellence.” 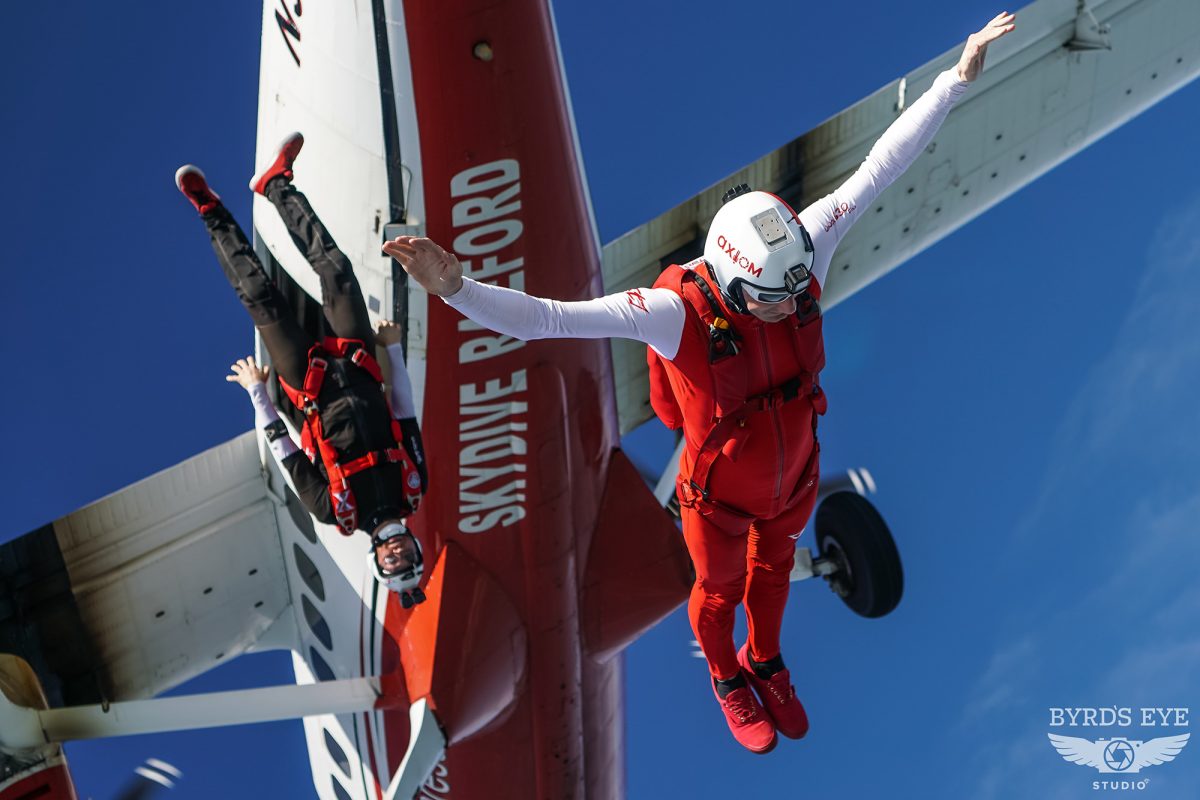