From First Jump to A-License: The Story of Anthony

What’s it like to go through the Paraclete Student Program and to come out the other side a licensed skydiver? Nothing paints a picture of the journey quite like a first-hand account. Enter: Anthony Armendariz.

Upon first glance, Anthony may seem like any average 25 year old: he likes to visit family, hang out with his friends, and play video games. However, after a quick chat, it is apparent there are many ways in which Anthony is quite remarkable. He’s the sole proprietor of his own business and brand Armendariz Films, he is in the middle of learning a new language, and unlike others his age, who may use the weekend to catch up on some sleep,  Anthony prefers to hitch a ride on one of the birds in our fleet to 13,500 ft, exit, freefall, land, and repeat. 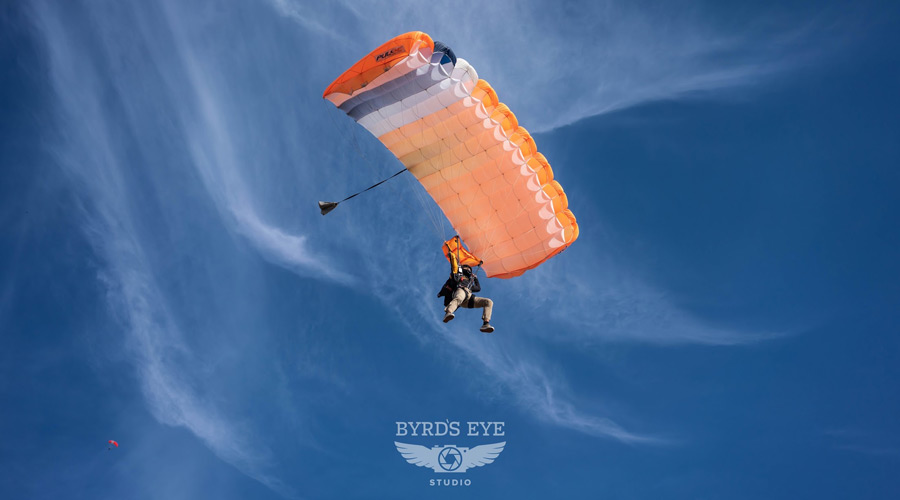 Though we’ve had the pleasure of following Anthony throughout the entirety of his Paraclete Student Program, his foray into skydiving began before he found our facility.

Like many, Anthony had the idea to skydive when he turned 18, but he wasn’t able to make things line up until he was around the age of 20. Though later than he would have liked, this first tandem jump was a pivotal moment for Anthony. He shares: 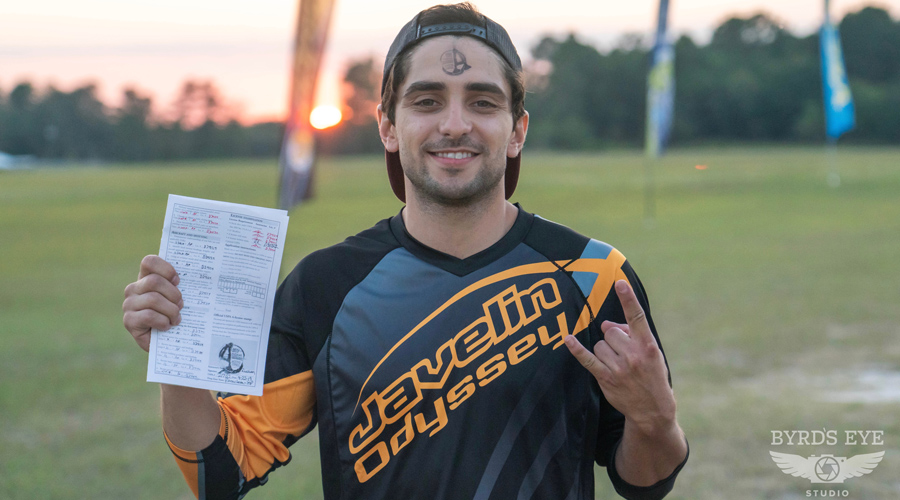 For Anthony, the reviews and information from the website had him sold: he committed to the program and paid up front.  After deciding to go with the student program at Skydive Paraclete XP, within two short months, Anthony was on site to go through his ground school training. For those unfamiliar with the student progression, Anthony describes the initial learning process he went through as a student:

“At first you go through ground school in the evening, and they take you on a little tour of the dropzone–showing you the plane, the field, and the school. The day after is when you get to go through tunnel time to work on body position. And weather permitting, if the day is good enough, then you’ll go on your first jump or two. On your third jump, if the instructors trust you, they let you go, and you can start working on body positioning and making sure you are stable enough for pulling [deploying the parachute yourself.]”

Each jump in the Paraclete Student Program requires a different skillset to be demonstrated, and despite the different challenges and demands,  Anthony shares “It was a lot of fun. The coaches make sure you know what’s going on before every jump and that you have complete confidence in yourself. They make it fun and really informative…It was awesome to learn to skydive with Paraclete XP. Everybody is really cool. Nobody makes you feel like just another number.”

One of Anthony’s favorite jumps during his student progression is one that is fairly unique to Skydive Paraclete XP. For his A License “Check Dive,” Anthony got to try his hand at building a formation when he was joined by three other skydivers on a jump! But admittedly, between this jump and the self-supervised levels,  Anthony shared that he has a hard time picking an overall favorite. 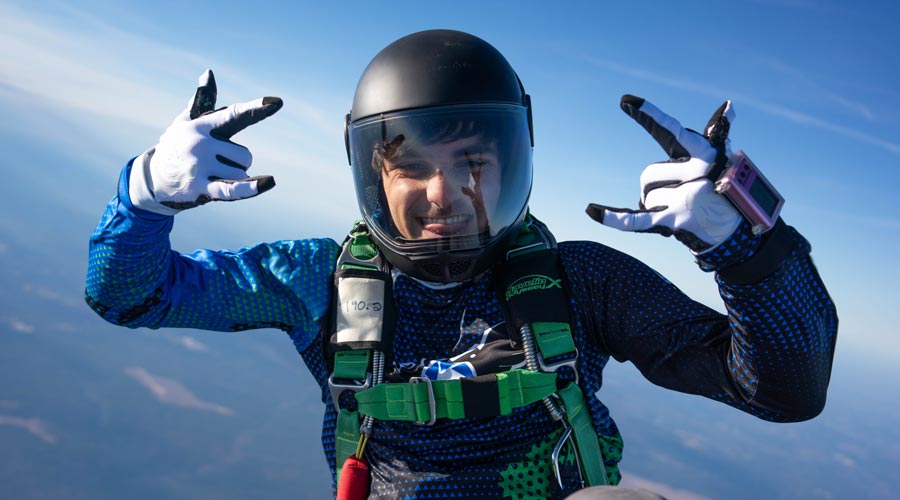 For Anthony, skydiving, and a bit of good luck, helped to change his entire career path. When Anthony began his student progression, he was working as a server, and between a busy work schedule and iffy weather, he wasn’t sure if getting his A license was going to be in the cards. Until, with a little creative genius, he was able to shuffle the deck.

“One of my friends owns an apparel company, where he creates his own designs and is also contracted by others to design their shirts and hoodies. So, we started working on a project for a coffee company he was designing hoodies for, and he put a camera in my hand to document. Originally, it was only pictures that [my friend] was asking for. But, I wanted to go outside of the box. I wanted to make a social media commercial/video. So, I went out and got my own camera. When we met the owner of the coffee shop, an old friend of mine from years and years ago was there as the coffee shop’s videographer! It turned out he owns his own videography business. He took me under his wing, set me up at a couple weddings. He showed me the ropes around the industry and I loved it.”

Anthony wasn’t entirely new to video or editing, but the cohesion of these serendipitous events helped to jump start what was originally a hobby, cultivated to film skateboarding edits, into a full-time career. And so, in the middle of last year, Anthony quit his serving job and began his own full time videography business…which coincidentally opened up a lot more time for skydiving! 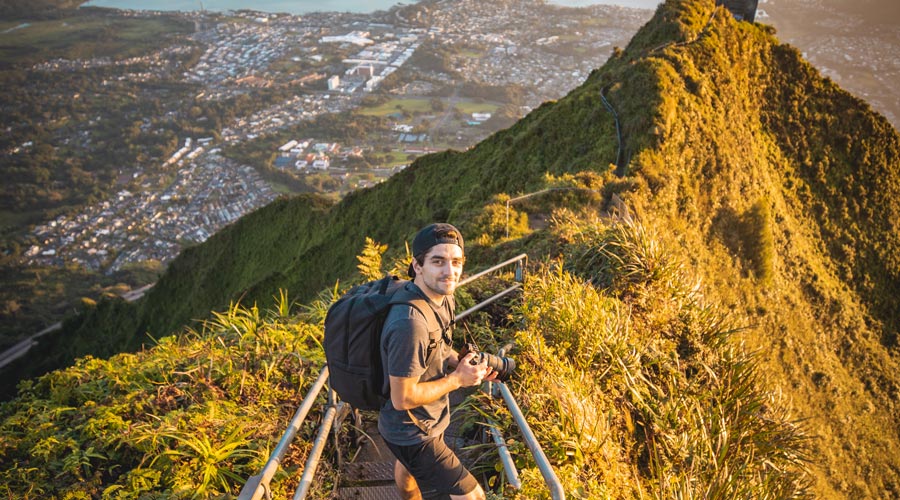 Life as an A-Licensed Skydiver

Now that Anthony is a licensed skydiver with about 32 jumps under his belt, he enjoys jumping with friends who are also newly licensed skydivers. He shares: “It’s cool to have someone to progress with. We’re all working on flying our bodies, and it’s fun to work on that with others.”

Though he knows he has much to work on, Anthony Armendariz has some serious skydiving goals. Utilizing his video prowess, he would like to become a skydiving videographer. Anthony divulges: “I really want to be in a position like Elliot Byrd (of Byrd’s Eye Studio). My goal for skydiving is to become a videographer and to travel. This year I’m going to try to reach the 200 mark, so I can start camera flying and work on some videos. I think that would be really fun. I’m not sure where video flying will take me, but I definitely want to travel and I think doing events and filming for teams will be my niche.”

From what we’ve seen Anthony, we are sure you’ll go far!

What about you? Are you ready to start your own journey from first jump to A License? Reach out to Skydive Paraclete XP today!

This is where I got my start, and roughly 4800 jumps later, I continue to send people there from all over the place...the facilities a great, the people are Fab. and the STAFF...Top Notch!! The Grounds are the best kept in the sport.