Without a pause of careful consideration or any indication that the answer requires contemplation, anyone who has made a jump will readily answer “yes”. While it may seem like an oversimplification, skydiving changes your life because you are changed by having made a skydive. If you were able to see a timeline of someone’s life who completed a skydive, there would, at the very least, be a blazing demarcation that divides his or her life before and after having taken flight, and for most, the line after would be an entirely different color. It is kind of like being the same you with a tune-up and a fresh coat of paint.

In part, your life seems to be changed because the world around you does not seem the same. The moment you leave the aircraft, you begin to see from an entirely new perspective. This is not just because of the literal altitude you’ve reached, but rather, it is because of a paradigm shift. Assumptions you’ve made up until that point about value just don’t seem to hold true, and you are left with something new.

Give Fear A Facelift

After you skydive, it feels like fear gets a bit of a facelift. Skydiving helps you to see fear in a new way. There is something so uniquely empowering and life altering about experiencing a bit of evolutionary terror (after all, physically we were not built to soar) and overcoming it. Taking the leap from 13,500 feet is really a measured risk.  After you start skydiving, you know that it is okay to feel afraid, but it makes no sense to live in fear. 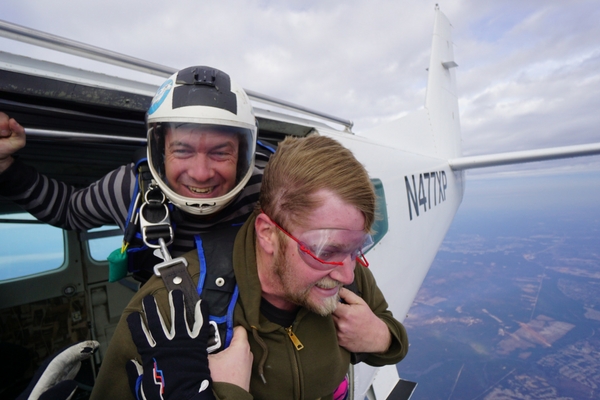 When you skydive, you have taken a step to transcend the mundane. Most people mill about a bit mindlessly. Rather than living, people end up existing in a homeostasis of tedium and monotony. It makes sense. There is work to be done and bills to be paid, but if you were given the opportunity to change, wouldn’t you say “Wait. I want more.” The desire for more is what drives people to skydive, and the skydive is then what drives people to expect more from their lives.

Considering one’s own mortality can be a somber and sober sort of affair, but it doesn’t have to be. Instead, it could be more like looking through a highlight reel of a life well lived.  Skydiving forces you to grapple with your own transience in a way that underline how valuable the experiences in one’s life are. Skydiving pushes you to more actively pursue a life that is full and to devote energy to friendships with people that share a similar sentiment. 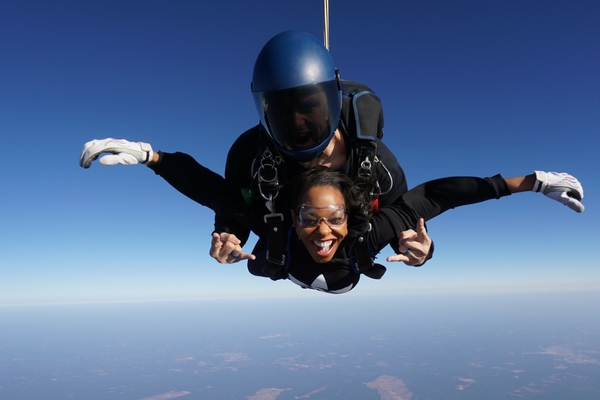 While the adrenaline rush from a skydive will fade, through skydiving, you gain friendships that will not. Skydiving changes your life because it brings new people into it to share experiences with.  After jumping, you’ll find out that a ‘skydive family’ is a real thing. The community you enter into initially out of a united common interest ends up becoming a source of socialization you can enjoy for many years to come.

Ready to see if skydiving can change your life? Book a skydive with Skydive Paraclete XP and experience just how life-altering a skydive can be!